ABUBAKAR SALIM NAMED AS ONE OF BAFTA’S BREAKTHROUGH BRITS

We are pleased to announce that our Abubakar Salim has been named one of the 4 actors chosen by BAFTA as Breakthrough Brits. He will receive a year of mentoring and networking on behalf of BAFTA.

You can next catch Abubakar on Ridley Scott’s Raised By Wolves, where he plays the lead role of Father. It debuts on HBO Max in May 2020. 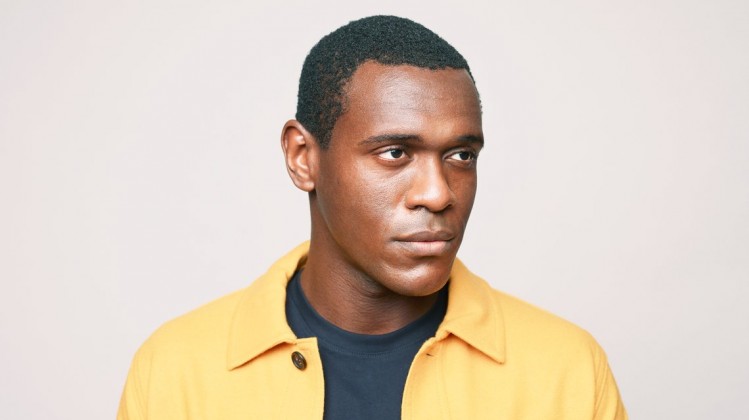 It has been announced that our Sean Teale has been cast as one of the leads in Apple TV’s new series Little Voice produced by Sara Bareilles and JJ Abrams for Apple TV.

The half-hour romantic dramedy has been given a straight-to-series 10-episode order and will feature original music by Grammy and Tony Award nominee Sara Bareilles.

Described as a love letter to the diverse musicality of New York, Little Voice  will explore the journey of finding your voice in your early 20s. It is described as a fresh, intensely romantic tale of the search to find your true voice and then the courage to use it.

We are very pleased to announce that our Freddie Stroma has been cast as the role of Prince Friedrich in Shonda Rhimes’ upcoming series Bridgerton for Netflix.

Based on Julia Quinn’s best-selling series of novels, this feminist take on Regency England romance unveils the glittering, wealthy, sexual, painful, funny, and sometimes lonely lives of the women and men in London’s high society marriage mart. As told through the eyes of the powerful Bridgerton family.

Freddie will play the leading recurring role of the charming and chivalrous Prince Friedrich who causes quite a stir amongst the ladies when he arrives from Germany.

We are thrilled to announce that our Jessica Sula has been cast as a series regular role in Panic, created and written by Lauren Oliver, for Amazon Studios.

Panic centres around a small town in America where every year the graduating seniors engage in a competition they believe is their one chance to escape. But this year, the rules have changed — and they must decide how much they are willing to risk in order to get out.

Jessica will play the role of Natalie, the Deputy Sheriff’s daughter, whose aspirations include moving to California and fulfilling her late mother’s dream of becoming an actress. This fuels her decision to join the potentially deadly competition and maybe leave the town forever.

Our Sophie Simnett  has today been announced to star in the Feature Film TWIST, a modern adaption of Charles Dickens’ Oliver Twist.

The film is Directed by Martin Owen (Killers Anonymous) and is being Produced by Sky Cinema, with a planned theatrical release next year.

Sophie will also shortly be seen in the leading role of Sam in Netflix’s Daybreak, which drops on October 24th.

Check out the first official trailer of @TheGreatHulu starring our @sebdesouza as a leading series regular - premieres on May 15 on @hulu #TheGreatHulu #huzzah twitter.com/thegreathulu/s…

Congratulations to our @NatashaThurrell who will be making her TV debut in @CallTheMidwife1 this Sunday. Don't miss it on @BBCOne at 8PM ! pic.twitter.com/Iz6ZBpsCFe

We shall be raising a glass to our @GilmourAshley, who stars as Enjolras in this new production of #LesMiz, opening tonight! twitter.com/lesmisofficial…

Huge congratulations to Team @ScarbroFilm, which stars our @caramaka, for their 6 Nominations at the #NationalFilmAwards! twitter.com/ScarbroFilm/st…

Great to see this first look of @GreyhoundMovie with our @tombrittney ! Don't miss it in cinemas this May #greyhound2020 pic.twitter.com/sDadWSSwNJ

#Sanditon starring our #LeoSuter has its US premiere with back-to-back episodes tonight at 9/8c on @masterpiecepbs #SanditonPBS @Sanditon pic.twitter.com/sOGI62roiQ

We couldn't agree more - don't forget to catch our @tombrittney tonight at 9! twitter.com/Emlyjkl/status…

#Vera comes back with a bang this Sunday on @ITV. Don't miss our #IolaEvans, @JacquiBoats and @CharlieDeAth68 in this year's episodes. youtu.be/jl-NOy9-XMA

Check out the trailer for the new season of @GrantchesterUK starring our @tombrittney - don't miss it this Friday on ITV at 9! youtube.com/watch?v=8UbF1_…

Here's a first look at the new season of #Bulletproof on @SkyOne which will feature @NessGrasse as Jodie youtu.be/Ak2SQUalbs8

Great to see @GreyhoundMovie with our @tombrittney featured in this list! Keep your eyes peeled for its release in May this year #greyhound theguardian.com/film/2019/dec…

Incredibly pleased to announce that our #WendyCraig will be awarded a CBE for her services to Drama and Charity #NewYearsHonoursList2020 #CBE pic.twitter.com/jWXEdxjpyv

We are thrilled to announce that #JulianKostov is joining the cast of #shadowandbone for @netflix twitter.com/DEADLINE/statu…

Thrilled to announce that our @freddiestroma joins the cast of The Crew for @netflix as the series regular role of Jake #TheCrew #castingannouncement deadline.com/2019/12/the-cr…

Kick the New Year off by tuning back into the next series of @GrantchesterUK starring our @tombrittney ! twitter.com/itvpresscentre…

Get ready for one of the most dramatic Christmas’ on the cobbles starring our @CraigeEls78 #coronationstreet pic.twitter.com/fyvs2f56ud

Congratulations to our "brilliant" #SamuelBlenkin, who leads the cast of #OceanAtTheEndOfTheLane, which opened (to a slew of 5 Star Reviews!) last night @NationalTheatre twitter.com/WhatsOnStage/s…

Thrilled to announce that The Devil’s Harmony starring our #LeoSuter is in the official selection at the Sundance Film Festival 2020 @sundancefest #thedevilsharmony pic.twitter.com/yqQK6LW2aj

Congratulations to our @BeruceKhan for the opening of the "elegant study of pressure and paranoia", #Ravens @Hamps_Theatre last night! twitter.com/TheStage/statu…

Congratulations to our "particularly exquisite" @N_AgyeiAmpadu - receiving a slew of brilliant reviews for #Fairview @youngvictheatre twitter.com/TheStage/statu…

Check out the trailer for series 2 of #bancroft - can you spot our @JacquiBoats ? Make sure to catch the premiere on @ITV on New Year's Day! youtube.com/watch?v=nrp7rs…

#Ladhood, starring our @LilyFrazer, is available in it's entirety on @BBCiPlayer now! twitter.com/guardiancultur…

#EpicNight is here! Don't miss our @JessSula playing one of the leading roles in the new interactive series which is now live on @ekovideo @FBE #youdecide twitter.com/FBE/status/119…

Excited to enter through the Wardrobe this week to support our brilliant @Deanonolan, as he opens in #TheLionTheWitchandtheWardrobe @_bridgetheatre twitter.com/_bridgetheatre…

William Dey played by our @Staz_NairTR finally meets Supergirl in an all new episode tonight at 9/8c on @TheCW - don’t miss it! @TheCWSupergirl #Supergirl pic.twitter.com/OPwBR683Ks

#Daybreak moves up to No. 4 on IMDbPro charts in the weeks following its @netflix debut, while stars @colinfordactor and @SophieSimnett are trending on the STARmeter. Keep track of the series and its stars with IMDbPro. imdb.to/2PMl3HY pic.twitter.com/ZxA7Uw0ssl

@Abzybabzy @BAFTA Catch @Abzybabzy next in the lead role of Father in #RaisedByWolves, Ridley Scott's new TV Series - recently announced to join @hbomax in May 2020. deadline.com/2019/10/ridley…

Don’t miss our @Tomhopperhops in the explosive new @ParamountPics feature @Terminator which opens in all UK cinemas today and in the US on the 1st November #TerminatorDarkFate pic.twitter.com/afGSYnncrr

Thrilled to announce that our @seanjteale has been cast as one of the series leads in the upcoming @jjabrams and @SaraBareilles series Little Voice for @AppleTV #LittleVoice #castingannouncement deadline.com/2019/10/apple-…

We are very pleased that our @jakeneads will be part of the cast for #Leopoldstadt in the West End. twitter.com/LeopoldstadtLD…